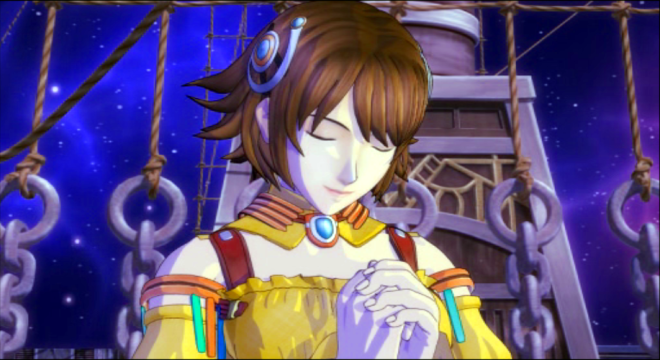 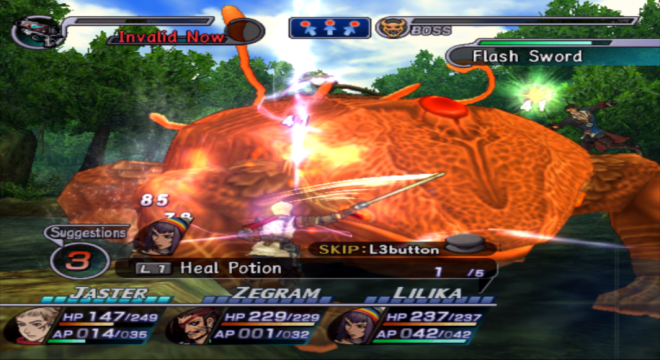 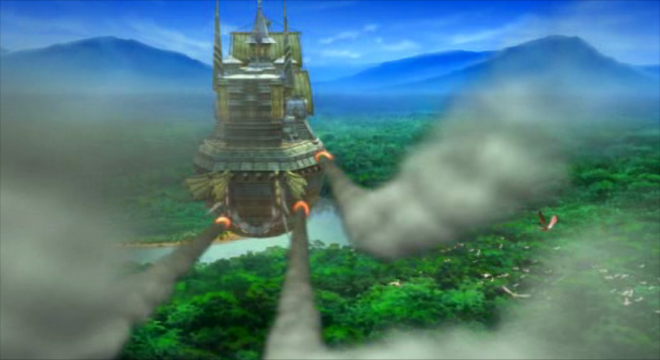 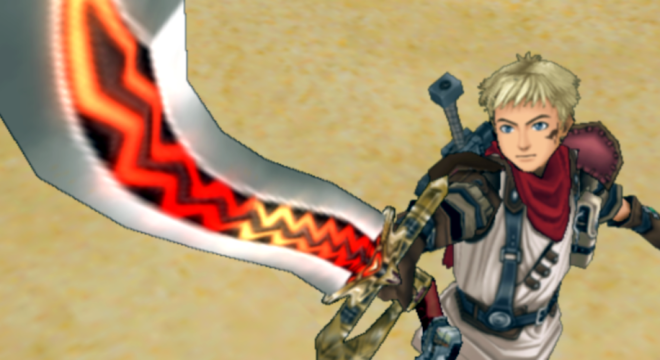 Kisala at the deck of the Dorgenark. She is one among the playable characters.

The party fighting against Mud Whooper at the land of Juraika.

The Dorgenark forced for an immediate landing into a jungle planet.

Jaster obtained one of the Seven Star Sword (Desert Seeker) on Chapter One.

MIO is a medium-height, slender female with light skin. She has pink hair, which she keeps in long pigtails, and a hat that resembles a futuristic version of cat ears, with a mouthpiece. She wears a Galaxy Corporation uniform, distinguished by the blue color, while most of the other receptionists wear green.

MIO's personality is that of a stereotypical teenage girl. She is bubbly and upbeat, which adds to her popularity. However, she also seems to have a more serious side, as shown during a cutscene in which she smuggles data to Dr. Pocacchio. In this cutscene, it is also revealed that she was a childhood friend of Mark, the deceased son of Dr. Pocacchio. 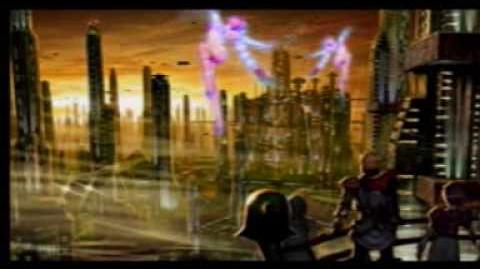 Remember: We can only become a real wiki with YOUR support!

To write a new article, just enter the article title in the box below.

Not sure where to start?